TOBP: No Guts, No Glory!

2/9/12
I found a web site called “This Old Bow”.  The site displays old Bear archery equipment and refurbished bows. I wrote an email with pictures asking for a ball park figure of what it would cost to have the bow gone over and repaired if needed. There are scoring marks on the limbs of the bow top and bottom. 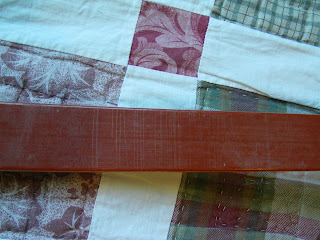 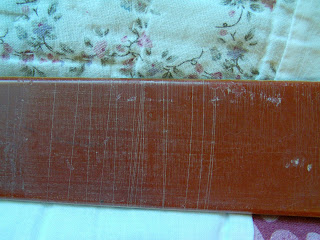 While I was taking the pictures I remembered that dad had built a bow quiver. I think it was designed after Fred Bear’s recurve quiver. It stays on by pressure. I will have to find one and take a picture for this journal. I do not think I will use it though. I was always a little suspicious of them.  He built several of them using different material. It is pretty ingenious the way he built them.  The one that I can see in my mind’s eye was assembled using heavy gauge spring steel wire, a piece of metal strap and and a piece of tire. I think that it may be what caused the scoring. If that is the case then it is probably just surface scratches and will not affect the bows performance.
I remember quivers were quite the topic of conversation around the table  at our house. Dad and Donnie Plemmons sat around talking about the next project they would build. Donnie was dad’s friend and hunting partner. They were always building something . My brothers and I always wished we had a friend like Donnie. He was part of the family. I am sure many of the memories of archery and hunting will include Donnie Plemmons. Much time was spent on building or finding the perfect quiver. The wrap around bow quiver was dad’s favorite. Some guy’s were drilling holes in their bows and mounting quivers that way. Dad rejected that idea, maybe because of the two exploding bows, I don’t know for sure.
Another quiver that they built was designed after the silent stalker. I am not sure who invented it or where the name came from. I think they got the idea from a magazine article in field and stream or outdoor life. Dad loved to find something new in a magazine or catalogue that looked useful and then figure out how to build it using material in his shop. Whenever I asked him what he was building  he always said something like, “Oh just cobbling up something I saw in outdoor life.” Then he would go onto explain his idea. He was great at describing things. I had a difficult time keeping up with the description most of the time so I would just nod.
2/15/ 12
I got a response from This Old Bow. He looked at the pictures and believes that the scratches are surface only. He suggested getting a new string, string it and pull it an inch at a time, listening for cracking noise.  He also said I should clean it with denatured alcohol. I did everything except buy a new string. Tonight I strung it up and pulled it lightly
2/17/12
Nothing ventured, nothing gained. I strung up the bow and followed the recommended procedures. I gradually increased the distance between string and bow until I was at full length. I pulled and held at full draw length several times. I heard no funny cracking sounds and there was no separation of lamination. So I grabbed an Easton Game Getter 2216, knocked it up and fired at about fifteen yards. What a thrill!! The arrow flew as straight and perfect as I have ever seen and arrow fly. I hit just right of the bull’s eye. Fifteen yards does not sound like much until you pull a recurve bow back with and arrow and point it into your garage at a target the size of a small box.
I fired four groups of 12 arrows and hit the target almost every time.  A few arrows went pretty far off course and upon inspection I discovered they were bent. I found 12 arrows that were straight and had a blast shooting. I think I am on my way to hunting with the old bow, more to follow.
Posted by Cliff at 5:34 AM