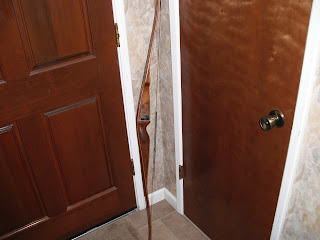 Much has happened in my life since the last entry. It has been longer between entries than I wanted, but sometimes there are occurrences’ that fill our life with activities and everyone knows the active person’s watch runs fast. What? I don’t know if that makes sense or not but, anyhow time has jogged ahead and now I must catch up.


The old bow project has run its course. Recap: I found that looks are deceiving; the old bow was and is still a reliable shooter. Although I discovered that my skill as an instinctive archery (without sights) shooter has greatly diminished. Much more time on the range is required before I can take the old bow hunting, and have confidence that I could make a clean shot. I took the bow anyway as I said I would, had it not been sound. It was an awesome feeling to have it along. The flood of memories it brought was the main reason for writing these articles. There were a few times I felt dad was right there with me. It was never just about bagging a deer.

I hunted for about five days and racked up a total of about forty hours in a deer stand. I had a close encounter of the third kind on the first day. I was set up on a trail that looked very active, however the deer saw me before I saw them. I had two does in front of me and a little buck that came in from behind. He actually threw dirt on me when he spun and ran, he was that close. That was almost worth the whole trip. It is always very thrilling when you can go into a new area, locate deer, and see how they move, set up a stand and have them come to you. However it would have been much more thrilling to bring one back after all of the hunting was done. 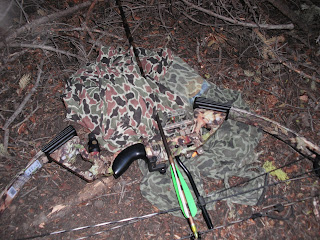 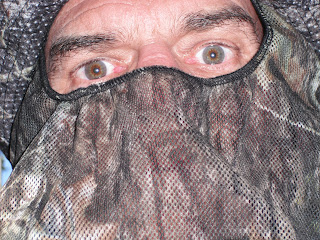 I hunted up above Arnold on forest road 7N69. There were very few hunters and the weather was very nice. It was cool in the evenings and not too warm in the afternoon. There were lots of critters running around at night. I camped a quarter mile away from any other campers, the solitude was awesome. Here are a few pictures of the area. 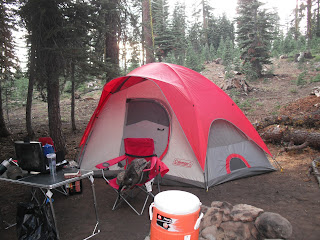 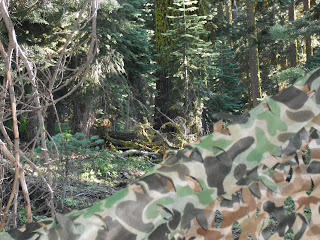 So now the plan is to start a new series of article next year, and actually hunt with the old bow. That is about all I have to say on the subject. I feel much closer to my dad because of the experience. I did find the silent stalker that I talked about in one of the previous articles. Here is a picture. 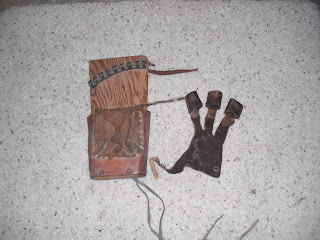 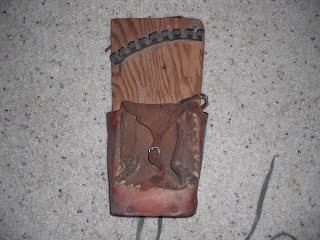 It was built with surplus materials that were lying around the house. My dad was always thinking ahead and kept anything that could be used to make something useful. Laying beside the silent stalker, in the top photo, is a shooting glove that he made of scrap leather. Dad always built first before he bought. If it was functional well, then there you go, If not then he would break down and buy. I remember more things built than bought.

Thanks for stopping by. Until next time may the Lord richly bless you. 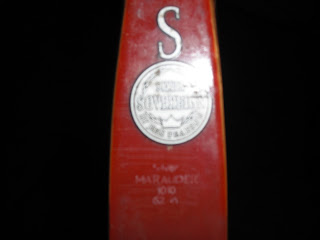