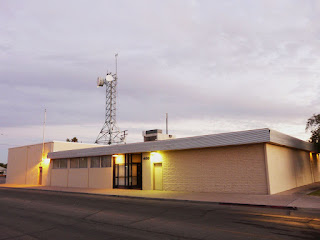 I have been mulling over how we become who we are, what makes us act, say, and think like we do. Social phycologist have many theories about how our environment effects early maturity. Socio-economic status, and the way we are treated by significant people in our lives is said to have a great impact on who we become. I do not refute the fact that where we are born and who we are born to has bearing on the outcome of our personality. Though I believe ultimately all of these things are in the hands of an omnipotent, gracious, and loving God who is involved in every step of our development from birth to death. I realize that this belief sets up a lot of unanswerable questions about why bad things happen to good people, I do have an answer to these questions that is biblically based, but that is not the intent of this article


When I look back on my life I can see how I was directed to where I am now by the choices I made. Starting with seemingly small choices like obey parent, or not obey parents, go to church, or not go to church. These small choices opened up opportunities to make bigger choices like, go to college or not go to college, become a farmer, do not become a farmer. In my case I was given the opportunity to work for the local telephone company. It was a blessing that I am forever thankful for. There were people in my life at that time that were extremely instrumental in my being offered the job. I thank them with all of my heart and know that without them I would not have been given the career choices that I received. Many of them have passed away, and the one person that is most instrumental will probably never read this, but if they do, they know who they are, and again I say thank you.


After a mere year and a half Continental telephone entered a economically weak period,  and began the process of layoffs. The layoffs would be guided by seniority, with less than a year and half under my belt, my name was at the top of the list. Again I was presented with a choice, wait and see what happens, or do something about it. I chose to act. I found out through casual conversation that it was possible to get a leave of absence with a guaranteed job at the end of three years by joining the military.  After a little research, I joined the army, and was offered more choices that would affect my life in profound ways. More on that later.


Jumping to the end of my three year stint in the army, I returned to Blythe and just as promised a job was waiting for me. The threat of layoffs was over and I started almost where I left off three years earlier.  The lesson I have learned throughout my life is, even seemingly insignificant choices we make can have an extreme impact on the rest of our lives. The goal of this blog is to give myself a place to ramble on and while doing this to present the truth as I perceive it from scripture. A verse that I will end with is found in the book of Proverbs 3:5-6 it says “Trust in the Lord with all of your heart, and lean not to your own understand. In all your ways acknowledge Him and He will direct your paths. That has proven true in my life,


I have not always done everything perfect, I have made mistakes, but by Gods mercy and grace I have put Him first in my life and it has made the difference. I still have a lot of life to live, Lord willing, and will keep His word hid in my heart I am confident that He will see me through this life as I seek to give Him all the Glory.


By His Grace and For His Glory