Have a Happy Bible year 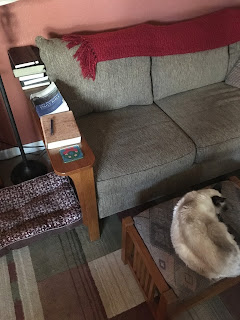 Merry Christmas to all, Thank you for coming by this blog. I try to post something as often as I can. I know, it’s a pretty vague schedule. I am working on a more consistent approach for the coming year. This year past I finally met the challenge of reading the bible through in its entirety. The bible is the living word of God, written in a fifteen hundred year span by more than forty authors from many different economic categories.  Kings, military leaders, peasants, philosophers, fisherman, tax collectors, poets, musicians, statesman, scholars and Shepherds were all involved in writing down the single most important book in all of the world.


Some of the most notable authors include David, a king, poet, musician, Shepherd and warrior. There was Amos a herdsman, Joshua, a military general, Nehemiah a cupbearer to a pagan king, Daniel a prime minister, Solomon a king and philosopher. In the new testament there was Luke a physician and historian, Peter a fisherman, Matthew a tax collector, Paul a rabbi, and Mark who was Peter’s secretary. The Bible was written on three continents, Asia, Africa, and Europe. And it was written in three Languages, Hebrew, Aramaic, and Greek. Written in fourteen different literary styles, the Bible address hundreds of controversial subjects, and most importantly it is the revelation of the Living God made known to man through Jesus Christ.


The number of Bibles sold is in the billions. More Bibles have been produced than any other book in history. In one year The United Bible Society reports that it distributed more than 20. 8 million complete bibles and another 20.1 million testaments. So far the Bible has been translated into more than 2500 languages. The Bible has withstood attacks by enemies set on its destruction.  The Roman emperor Diocletian ordered that the Bible must be destroyed and all Christians must stop worshipping their God, Churches were destroyed and Bibles were burned, yet Christianity prospered and grew, so much so, that less than a hundred years later another Roman emperor ordered fifty copies of the Bible to be prepared at the governments expense.


The Bible is the word of God, it shall last forever. I pray that you take the challenge this year and read the Bible through. I used the Life Principles Daily Bible by Charles Stanley.  It gives you Old Testament, Psalms, Proverbs, and New Testament every day.  It generally took me about twenty minutes a day, and the most convenient time for me is in the morning.  I think that I missed about three days, which I made up for each following day. I took the Bible where ever we went so that I would not have huge chunks of reading to make up. My Bible has been to the far reaches of Alaska and the bottom of Arizona. The picture above is where I meet God every morning, and my cat Mia. She waits for me to make coffee and sit down, then she crawls on my lap and together we explore what God has to reveal.


The facts above concerning the Bible were taken from Evidence for Christianity by Josh McDowell. I am going to add its reading to my Bible reading this year. God bless and have a wonderful Bible filled year.