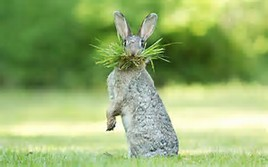 I hope this post finds you well and excited about the New Year.  This month I go to my first writer’s conference. I am looking forward to rubbing shoulders with real writers, maybe some of the good stuff will rub off on me. In the November post I mentioned that I was working on a project I started over ten years ago. I began writing the story while flying to Texas for a company school. The idea came to me as I was flying over the Arizona desert. I thought what if I were stranded in the desert, how would I survive. The obvious title was Survival. But, as with most of the stories I have written since, it turned in to something different than my original plan. I believe there are a few chapter of it posted on this blog. It is the first story that I started and completed a beginning middle and end. It is not finished and polished because it requires a complete rewrite.

I kept going back to it because there are some very good scenes and I became fond of my main character, Felix Carver. But, I decided to put this one in the drawer for a while longer. The number one reason is, and I am a little bit embarrassed by it, (confession is good for the soul, so they say) I hate editing! I am terrible at it and it makes my head hurt. So for that reason I have decided to move on to my third book, (the second book is in the percolating stage, I am stuck). I started this one a few years ago. It has less problems and will be easier to spruce up. I have had some good comments about it from my critique group so I have decided to take this one all the way to publishing. My goal is to have it completed by October. The title is Cherokee Clay. It is about a young man who was born to a Cherokee Mother and English father, and takes place in the mid 1800’s shortly after the forced removal of the Cherokee nation.


The research has been fun and very eye opening. The most amazing part of the history of the Cherokee is there overall endurance and perseverance in reaching their corporate dreams. They were one of the Five Civilized Tribes.


The Five Civilized Tribes is the term applied to five American Indian (Native American) nations: the Cherokee, Chickasaw, Choctaw, Creek, and Seminole. These tribes were considered civilized because they adapted to the influx of whites by adopting many of our ways, such as building schools, developing city government, and many Cherokee wore the clothes of the white man. This was in no way a sign of weakness but demonstrates the built in adaptability of the Cherokee. They were grossly taken advantage of by our government in a way that staggers the imagination. They were forcibly removed from their land and relocated in a foreign place where they were not wanted. The trip from Georgia to Oklahoma is called the Trail of Tears. Over 3000 died from starvation and the elements. If you have never read anything about the force removal of the Five Civilized Tribes, it is well worth the effort to do a little research.


The theme of Cherokee Clay is forgiveness, and moving past hurt to reach attainable goals. The genre is Christian Adventure. I have had a blast writing this one. I might even take a trip to see first-hand where the Trail of Tears started in the name of research. Stay tuned to this channel, I plan on pasting a few chapters of the book on this blog. Next month I will give a brief report on the writers conference. Until then God Bless and Live for Him!