Steve Garcia knelt before the broken body of his patient Tammy Atchison.  Cold wind whistled through the jagged edges of his broken heart. Blood soaked the cute sundress she had talked about and desired for a month. The month she was in therapy, the month he had to help her come to grips with sadness. She held the sadness at bay while she told her story of abuse and neglect of parents addicted to the good life filled with parties and drugs. She scoffed when she said good life; as far as she was concerned, nothing in life was good.


She was a master of covering the pain. Every so often, he could see a glimmer of the storm behind the eyes. He had seen stronger cases of depression where the patient lived a normal life. In his professional opinion, he believed she would be fine and that all she needed was a few sessions under his care and she would be on the road to recovery. This was not the road to recovery. This road led to the county morgue. He touched her cold hand and believed he felt the last spark of life leave her body, crying out for someone to listen.  The wailing sirens of the emergency vehicles pierced the darkness and gave him a reason to move.


He watched as the crew lifted her broken body and placed it on a gurney, covering it with a clean, white sheet.  Her body was broken and useless from the five-story fall, and though not visible, his spirit was equally shattered and dying with no chance of reviving.  He looked at his bloodstained hands in the flashing red and blue lights of the emergency vehicles, and noticed he had blood on the knees of his Canali suit. It did not matter, nothing mattered a young woman, was dead and he believed he could have prevented it if only he would have noticed. However, all indications pointed to a mild prescription and continued outpatient review.

A tall man flashed a badge and said, “Sir my name is Detective Tatum, may I ask you a few questions?”


Steve looked at his hands and then at the detective with a blank expression, “I don’t know, I was just walking home and she fell.”


The detective scribbled something in a notebook and said, “Then you were with her and you saw her fall?”


“What? No, I did not see her fall until she landed here and I ran up to her to see if I could help, but… Oh, if only I would have known.” Steve placed his blood soaked hands to his face and sobbed.


“Sir, your hands are covered in blood and you were the first one on the scene. You said you saw her fall, and then you said no you did not see her fall, but that you thought you could have stopped her. Why didn’t you stop her then?”


Steve regained his composure and replied, “No you don’t understand, I was her psychologist and she was my patient. I thought she was fine and had no reason to think that she would… that she could…” Steve bowed his head and wept.


“Sir I am going to have to ask you to come with me to the station. I have a few more questions to ask.”


Steve looked at the detective and shook his head, “I have an appointment at eight, and someone is waiting for me.”


The detective looked at him and shook his head, “No you have an appointment with me at the police station. Besides, you’re covered in blood.”


Detective Paul Tatum thought he had seen some basket cases before but he believed that this person took the prize. Covered in the blood of a dead girl, he knows the dead girl and actually spent time with her, and he just happened to be walking by when she dives off a building.


“Okay sir come with me, I’ll drive you down to the station.”


Steve felt dizzy and disoriented; the detective grabbed his arm and guided him to the police vehicle. Steve opened the back door and saw his bloody handprints on his face from the reflection of the interior light in the rear window. He bent over, gagged and threw up in the back seat of the police vehicle


Detective Tatum squalled, “Hey, what the… Why would you do that? Get in the car and don’t do that again.”


Tatum slammed the door behind Steve and climbed into the driver’s seat of the vehicle. He fumed all the way back to precinct headquarters. Tatum pulled into the vehicle garage, helped Steve leave the vehicle, and guided him into the station. As they walked by the front desk, he bent over, said something in low tones to the desk sergeant, and then guided Steve into a room with a table and two chairs. Detective Tatum motioned for Steve to sit down and he took the chair on the opposite side of the table.


“Okay Mister Garcia, Let’s start again from the beginning. You said you watched the young woman fall from the fifth floor and did nothing to stop her. Can you explain why…?”


“I did not say that, you are trying to incriminate me by twisting everything I say. Listen, can’t you see I’m covered in Tammy’s blood. Could you please allow me to wash up?”


Tatum sat up and fired back, “yes! I do see that you are covered in blood, and don’t you see you are in an interrogation room talking to a homicide detective about a possible murder that you may have committed.”


Steve stood and placed his bloody hands firmly on the desk and in a steady low tone said, “Detective Tatum, are you charging me with murder?’


Tatum jumped to his feet and yelled, “When you have been charged with murder you will know it. If you rise to your feet again without permission, I will take you to the floor, place you in handcuffs, and charge you with assaulting an officer. Now sit down.”


Steve held his gaze and took his seat.


Tatum started to speak and Steve interrupted, “I want a lawyer.”


Tatum slammed the notebook on the table and starred at Steve. Again, Steve held his gaze and quietly said, “I want a lawyer and I want a place to wash my hands.”


Tatum threw the notebook against the door and growled, “I’m trying to help you man and now you went and messed it up.”


Steve sat back in his chair and waited. Jerking himself out of the chair, Detective Tatum pointed his finger at Steve and left the room. Shortly a young police officer came in and escorted Steve to a restroom. Looking in the mirror, he had blood on his cheek and the front of his shirt where he had touched his jacket. He washed his hands and the white porcelain sink turned red. Tears filled his eyes as the image of Tammy lying broken of the city sidewalk came back in living color.


As he continued to wash the remains of Tammy’s blood from his hands, a thought occurred to him, did Detective Tatum know something that pointed to murder? Why else would he be pushing so hard and trying to trap Steve into confessing to murder? He had to try to find out what the detective knew that would make him think that he was responsible for Tammy’s death.
Posted by Cliff at 3:27 PM No comments: 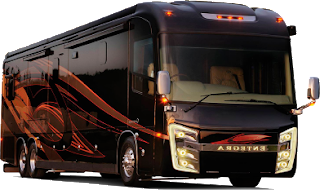 My brother and sister-in-law just moved from Montana to a place much closer and paid us a visit this weekend. It was a very nice and long overdue visit. They are in the market for a motorhome.  We tagged along with them. It was eye opening. The variety of motorhomes available is amazing. After we said our good bye’s we headed home. It is impossible to drive highway 99 without passing trailer sales, so we stopped in and browsed. . My wife and I have a small travel trailer and enjoy it much. We purchased the trailer before I retired and have used it quite often.


We do not owe anything on our current truck and trailer, which makes it much easier to go more often. However, who doesn’t wish for something newer or more powerful.  We did some shopping and I came away with sticker shock, something usually associated with actually buying the product. In my case, just being close to the prices of new trailers was enough to scare me. The RV industry is driven by the desire of people to enjoy themselves. The operative word in the acronym RV is Recreation.


There is nothing wrong with enjoying yourself; I am not against buying things either. I am a tech fan and love getting new devices. However, a quote from a man who gave all for his faith made me stop and think about priorities. Jim Elliot gave up everything to take the good news to the Huaorani Indians in Ecuador. He said, “He is no fool who gives what he cannot keep to gain what he cannot lose.”  It is important to enjoy life; it is a blessing from the creator of all things, but at the same time, the wise person learns how to hold on loosely to the things of this world.


John 3:16 says, “For God so love the world that he gave his only son that whosoever believes in him will not perish but have everlasting life.”  Eternal life is the thing that you cannot lose, once you have turned your life over to Him and believe in Him. Everything in this world is temporary including life. The only thing in this world that last forever is the word of God and the promises of God. This is the good news that Jim Elliot gave is life to bring to an isolated tribe in the jungles of Ecuador. For there to be good news there must in turn be bad news. The bad news is that there is also eternal life apart from God. Our last breath on earth is not the end. Our eternal souls live on with God forever or without God forever. In John 14:6 Jesus said, “I am the way, the truth, and the life, and no man comes to the father but by me.” I invite you to look into Jesus he has the answers.


If you are in the market for a big-ticket item and can afford it, buy it and enjoy it but learn to hold on loosely.  Do not be a fool for the things of this world. 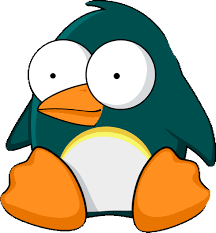 Sticker Shock
Posted by Cliff at 1:41 PM No comments: